What's on your mind?

This just shows how peoples brains have decreased in the past 20 years.

Before we begin I am on an alt because I deleted my main out of annoyance at Deviantart's awful and dead userbase. I couldn't make a new one named "Foxyall" because it was taken by my former friend who handed me that name. Well, I wanted to vent about a certain fandom of a relatively obscure franchise that has been irrelavent for half a decade and yet still is going. Jewelpet. Now if you look up jewelpet, you'll already be off to a bad start. The cover features "anthropromorphic" (i say it loosely) animals and a group of overly stylized girls who look like pretty cure rejects. Pseudo furries and a full cast of pale skinned girls in anime usually mean trouble. Now, I will admit I used to be like these people but ive slowly grown out of it and it was tough. i had to go through drastic measures just to remind myself that it was not for me. I went back to previous interests. The main reason i fell in love was because someone gave me the Garnet character in a discord bot and she was my first character I genuinely liked, and it was on the official server nonetheless, so thousands of people will know I'm "married" to this character. I'm a very impressionable person so this flanderized my entire personality of liking animal characters to the point i was obsessed with getting more in this discord bot server despite knowing its not a good place to play on. Well, I ended up getting characters like Gamercat, Jibanyan, and most of the Yo-Kai Watch characters, Pichu, tirami from amagi brilliant park, Jiji (from kiki delivery service) and notably Ruby, the main character of Jewelpet. This stroked my ego a lot. You're pretty opressed on that server. luck with getting something you enjoy. So I kinda "pretended" I loved Jewelpet to the point where I genuinely did, even though i never watched the show. I eventually did, but I hated it yet still loved the characters. My favorites were ruby, garnet, dian, and tour. A certain someone completely obliterated my interest in Jewelpet and felt like i should do something to end this, so I did a lot of stuff I probably shouldn't have, but it'll help my little mushy brain break the shackles of enjoying this godawful series and get into other stuff. anyways onto the fandom: like I mentioned earlier. it has some anthropromorphic creatures, who am i kidding. theres FOURTY THREE jewelpets, and thats not even all of them because you have a countless amount of Sweetspets too. These creatures are barely considered anthro or furry because they act like real world animals . The most furry they are is during "jewelpet sunshine" and some parts of s1 and Lady Jewelpet. For some reason theres so many creepy people who just wanna bone these characters. These characters are heavily implied to be underaged too so its not even just beastiality, its PEDOPHILIA. Theres so many fans who simp for these characters even when Sanrio stopped listing these characters on their site as their main attractions. One thing the fanbase liks doing is impose their disturbing fetish onto these creatures. Most popular is fart and vore. Theres so much Ruby fart and Sango vore. Who the fuck decided all of this was okay? The jewelpet fandom makes Sonic's weird fandom look like fucking pablo picasso. No matter where you go if you dwelve into the fandom you'll find some kid who has broken english describing how they wanna see ruby get fat and burst a stinky fart cloud. Its hella disturbing. The ships.. Oh man the ships.

The worst one is Dian x Diana. For one Diana IS DIAN'S LITTLE SISTER and even though Dian was canonically hooked up with Garnet, absolutely no one has given a damn to draw art of them. Theres this one poor sucker who thought people will get into this couple with a few stories and theyre fine. Ive even went through my way and spend almost hundreds with the same guy for fanart of them but people still turned to this incest. I get that Diana isnt dian's sister and shes been theorized to not actually be dian's little sister in season 1 but it still doesnt excuse Diana being a complete bitch and forcing Dian to leave Garnet and threatened them if she didnt get what she wanted. Dian has to deal with Diana so much that its pretty much his only interaction in the jewelpet fandom.

Akari x Miria. Ive only witnessed this in the japanese fanbase but the worse western side has embraced this too. I dont understand whats the deal with Twinkle characters. People seem to simp over the twinkle humans its kinda freaky. When its not creepy furries you encounter its the people who like seeing these kinds of characters have lesbian intercourse. Ruby x Tour. Oh boy. the most popular. If i would get bashed its this. Now the two were my favorites but looking at it. It's overdone as hell. So much fanart and shit its insance. Its like the only thing the fans know of. The ruby x tour people are the most toxic in the jewelpet fandom. Spreading hate towards Granite and making hate art of him, its disgusting. In the show they are shown to dislike each other depending on the season, ruby likes Tour but tour is disgusted by Ruby or its the other way around. I thought we all learned from Sonamy? It's basically that but cranked up to 100. Overall ruby x tour is a bad ship.

Id rather granite get with her instead, since they have been shown to legitimately love each other. Now what the fanbase is mostly made of: Okay, I get that theres mature adults in the fandom but its mostly kids who cant even speak english. These kids are learning about fetishes at such a young age thanks to their fandom being filled to the brim with it. There's also pedophiles. I know someone who was banned from Discord four times for preying on children in the jewelpet servers.Someone in that same server was caught grooming minors yet no one cared afterwards because they dont believe in driving people out of a fandom even if they commited crimes. No one in the Jewelpet fandom, at least in the west even bothers making anything worthwhile. There was a FNF mod but it sucked ass. Most of them try to make stuff like fangames and such but they end up quitting very easily. You'd think with such a powerful fandom they'd do something other than fart fetish art and Tour sticking his peepee in Ruby's peehole. But no, everyone talented in the fandom is a fetish artist. I give this fanbase 2 white rabbits farting out of 10. Even the Sonic fanbase is better and even though a massive number of furries like pulling Morgana's penis around, at least there aren't as many pedos and extreme fetishists in his fanbase.

If there were a Jewelpet Discord, would you join it?

If yes - what sorts of channels do you think there should be?

I'm interested in joining one primarily because it's a faster way to get news should Attack Travel resurface or minor news like merch and a better discussion avenue. 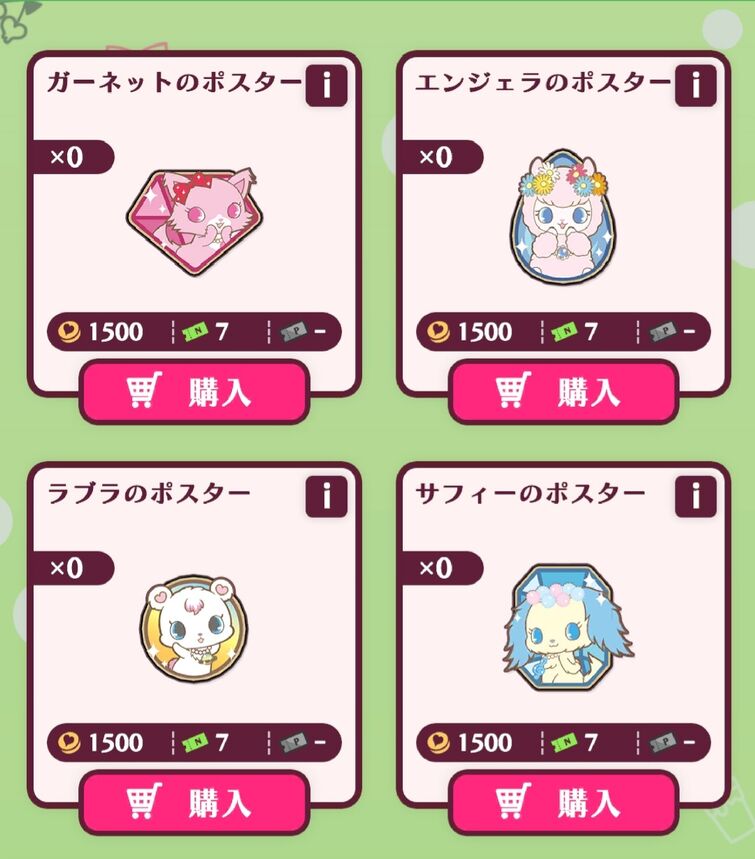 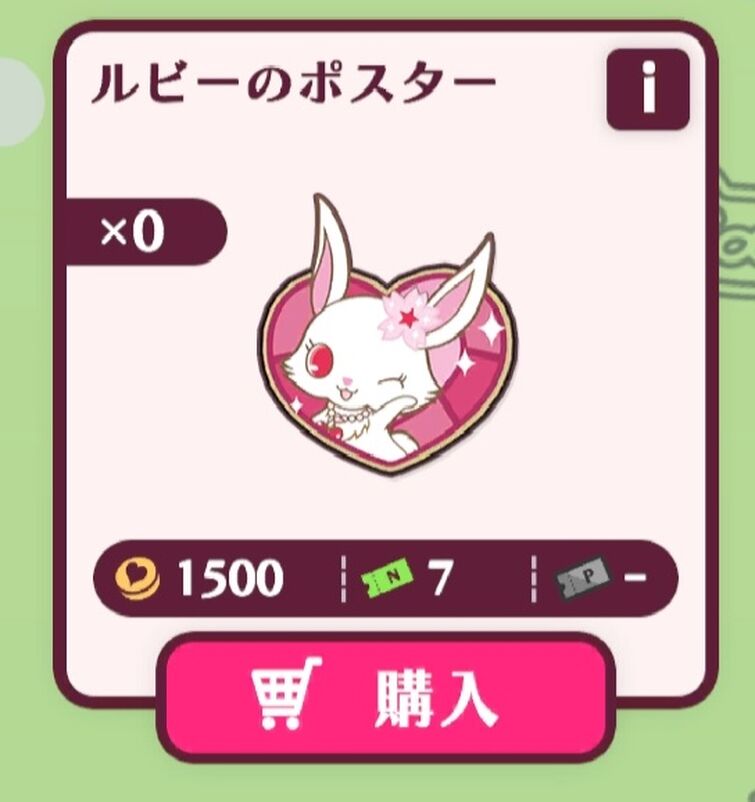 This song is a bop! It really makes me wish there was a Beatcats anime on Netflix, or at least a full-length adaptation of the Jewelpet Attack Chance!? ONA. 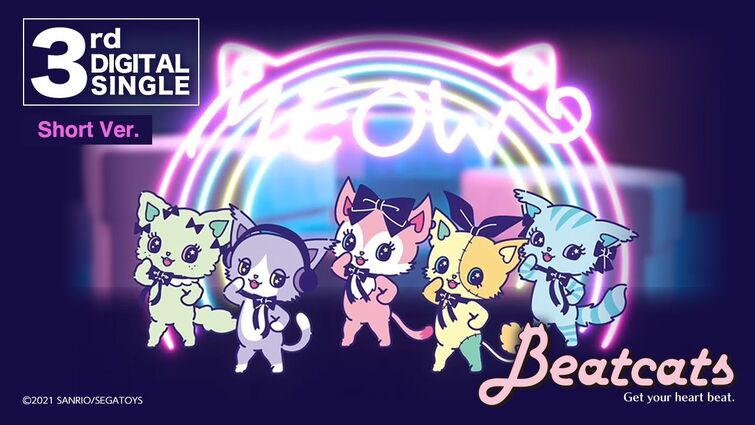 Browsing around in Internet archive's wayback machine I found official artworks of jewelpet in PDF format. So I converted them into vector images. Is it ok to upload them? 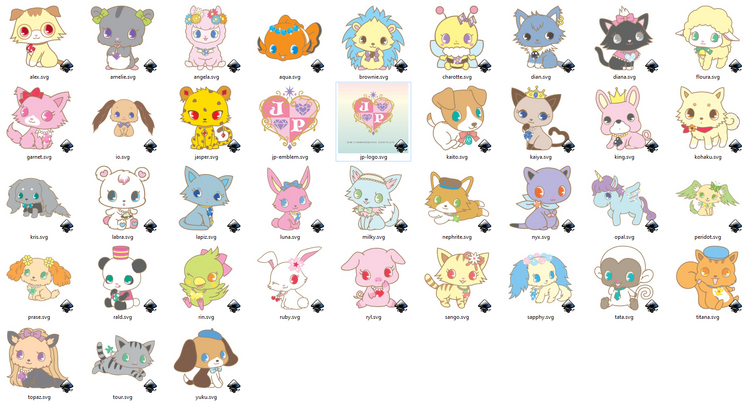 This is the screnshot of artworks in vector format. Unfotunately i can't find any pdf files with artworks of Larimar and Luea so this is only what i've got.

I understand how angry he is, but there should be ZERO room for this kind of rhetoric.

Hopefully we'll get new information on the long-delated Kukuriraige/Attack Travel double feature. I hadn't heard anything about it since the COVID-19 pandemic and the panic that followed. 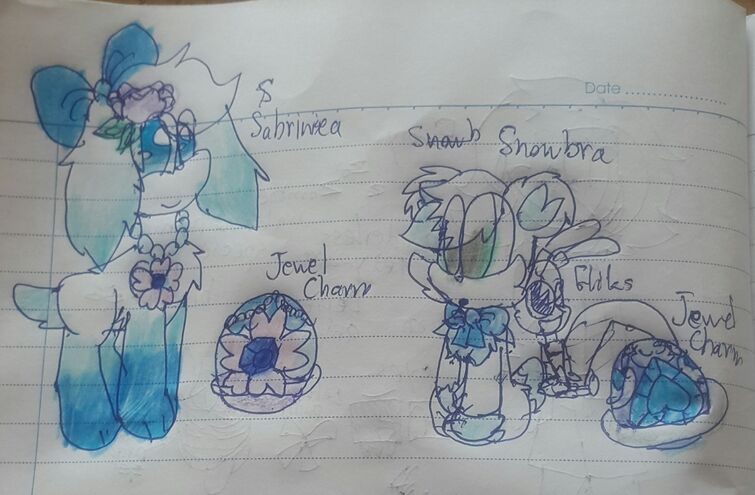 Hope you love it UuU 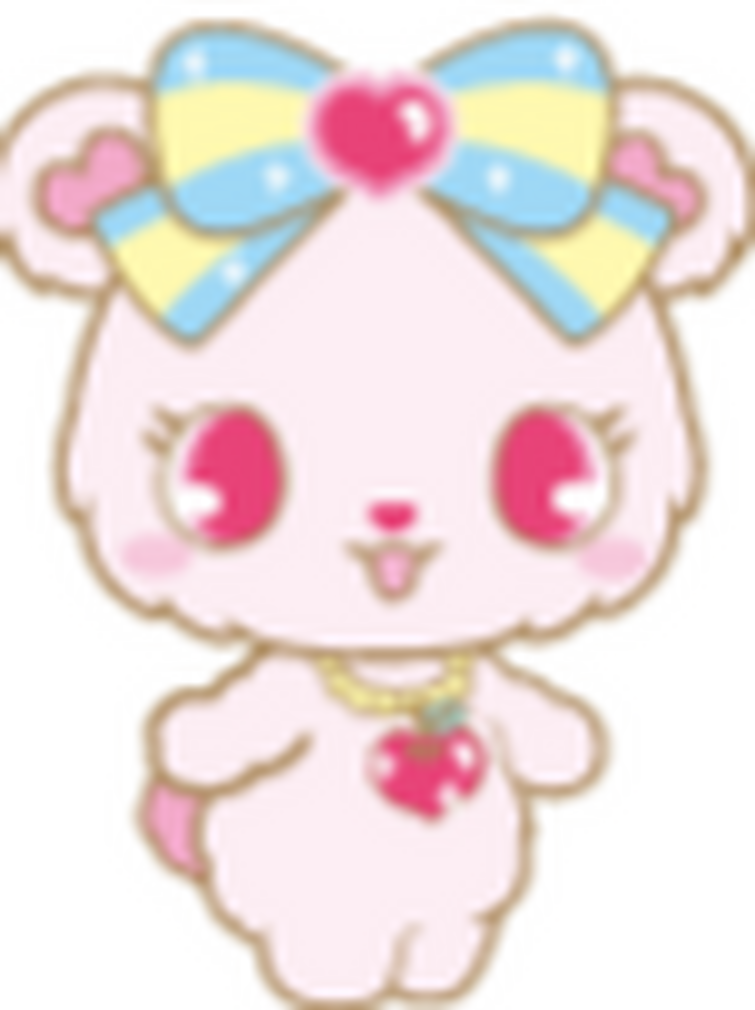 Hi, I'm Rosa and I Represent Passion! I'm a Ussuri Bear Who Loves Everything. And I'm a Kind and Caring Girl. 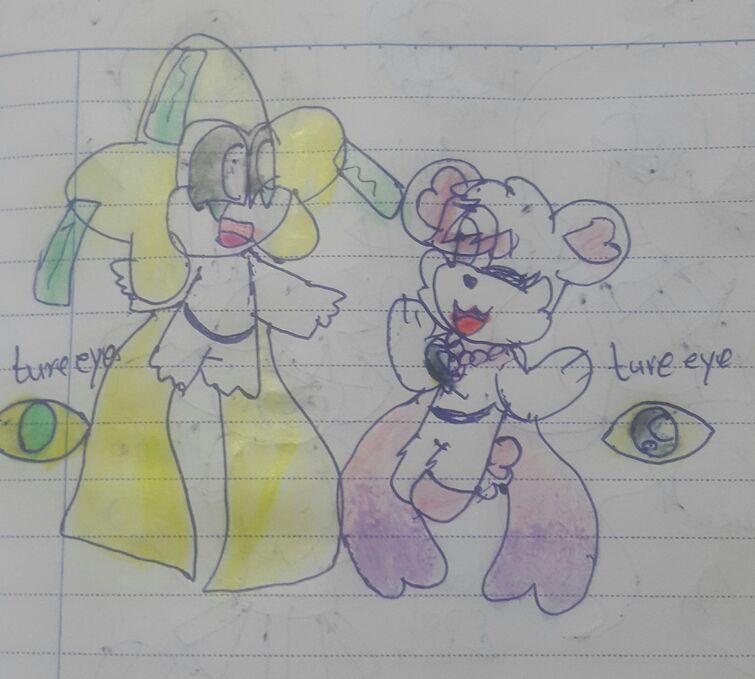 I watched a season of this quite some time ago, can anyone tell me where to find the episodes now. Even if i have to buy an expensive box set. Preferably with English subs.

It's called Beatcats, and it's apparently music-related. If it ever gets an anime, I hope Netflix picks it up. 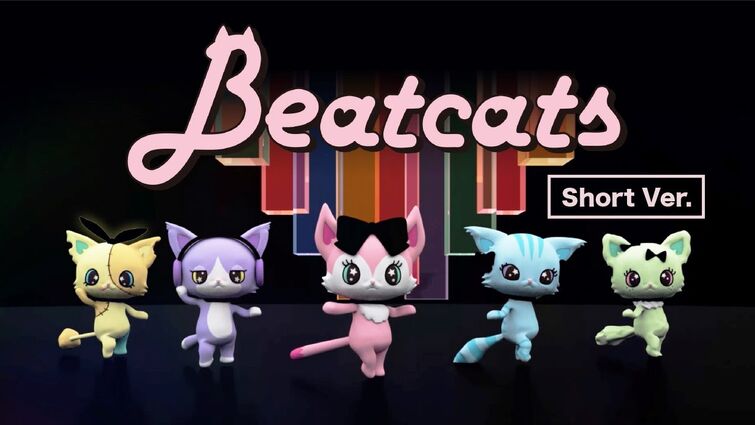 I recently got back into Jewelpets and decided to make a account here!

But l always wondered what Jewelpet Candado is ever since l first joined the fandom. I know its something like a fan show but l don't really understand it.

Can someone explain it to me more? Ty ^^